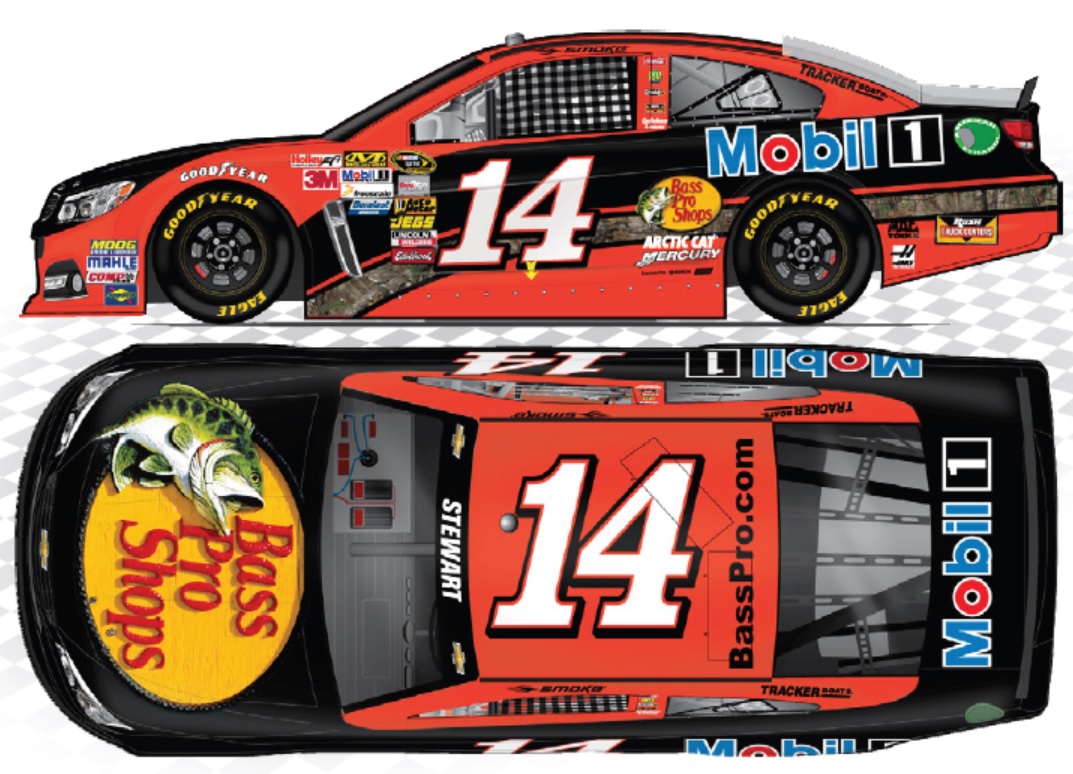 The season may be in full swing, but that won’t stop Tony Stewart from kicking it up a few gears! Starting at Kansas Speedway on April 21, the No. 14 Bass Pro Shops Chevrolet SS will have a fresh new look for the remaining 12 races. While the Bass Pro Shops logo still adorns the hood, the new blaze orange roof will stand out as Stewart tracks down the competition and lands in Victory Lane! Stewart fans won’t want to miss the die-cast of Stewart’s No. 14 Bass Pro Shops Chevrolet SS. Crafted with a replica paint scheme and painstaking detail, each die-cast looks exactly like the one Stewart drives on the track – only smaller! We anticipate this die-cast will be a best seller, so don’t wait. Place your order now!